V-Transmission is a signed four-piece combo hailing from the dark northern industrial heartland of England that is Manchester. The band have been around a long time predominantly as the songwriting project of duo Andy Boucher and John Anson formerly of  (Out of The Blue, Cobra Verde). It was only in 2016 with the addition of Pete Moran on bass guitars, Mick Bedford ( The Wedding Present, Chumbawumba)  on drums and percussion was added, that, a new live energy and the abstract image brought the band to life with the extra visual and performance dimensions that were missing from the restrictions of V-Transmission as a solo/duo performance and so the formation was now complete with this inclusion of musicians with similar tastes and influences.V Transmission has had excellent reviews in local newspapers and lots of airplay on numerous commercial and internet radio stations such as Radio Indie Freeform, Neu Regal Radio, Rock Radio USA, Fasching Web Radio, Rock Radio UK and 3 consecutive top forty entries in the Euro Indie charts just to name a few. Proposed gigs and some festival appearances will soon follow in summer of 2021 as promoted through both in house promotion and the band's distribution with Steve Morgan of Royale Music Distribution LtdV-Transmission came together thanks mainly to common interests in music, arts and visual performance. Citing their influences to include anything from other classic artists both past and present such as Roxy Music, The Doors, Joy Division, Bowie, Pink Floyd, The Editors, Nine Inch Nails and even a hint of The Cult and Metallica, etc.V-transmission always strive to recapture and deliver the sounds and visual excitement and energy of what seems to be currently missing with some of the more modern established artists. The band like to treat the fans to a full-on show with dreamy stage sets, ethereal and soaring anthemic songs, with a musical fusion of synthesised glory, tribal industrial drum beats, grinding bass riffs, searing guitars and lacerating lyrics. Demo tracks can be heard on the band's website, go to www.vtransmission.com and followed on Facebook, Reverbnation, Twitter, Instagram etc. V-transmission is currently working on their second follow up album and have already released their debut studio album “ COMA”, recorded at Carbon studios and mixed by Chameleons Vox guitarist and producer Chris Oliver, which is now on release throughout 2021  via the band's distribution deal with Royale Music Ltd and all associated download platforms, I Tunes, Spotify, Amazon, Deezer etc, etc. There are also a couple of promotional videos for, No More Lights, Silence The Guns and Sold To Love which can be heard and viewed on Youtube. 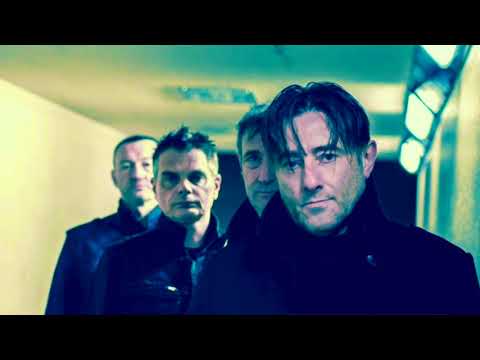